Around 17,000 Build-To-Order (BTO) flats will be launched next year, keeping the supply of flats on a par with this year's, National Development Minister Lawrence Wong said in a blog post yesterday.

These new flats will be spread across mature and non-mature towns. These include the upcoming Tengah town, the first time that Housing Board flats will be launched there.

Sembawang, Yishun and Sengkang will also see launches in the second half of the year that feature a shorter waiting time of 2½ years, compared with the typical three to four years.

Said Mr Wong: "We will continue to calibrate our flat supply carefully, taking into account underlying demand and the stability of the HDB resale market."

Taking stock of the public housing situation for the year, he added that the Government had focused on allowing first-timer families to move into their homes quickly by offering higher Central Provident Fund (CPF) housing grants, more rental subsidies for applicants staying in interim housing and re-offering unsold flats to those with more urgent needs.

He said: "All this means that young couples will have even more affordable and accessible housing options to start their marriage and parenthood journey early."

Real-estate watchers told The Straits Times that the move to launch 17,000 new flats next year was adequate to meet the needs of first-time flat buyers. 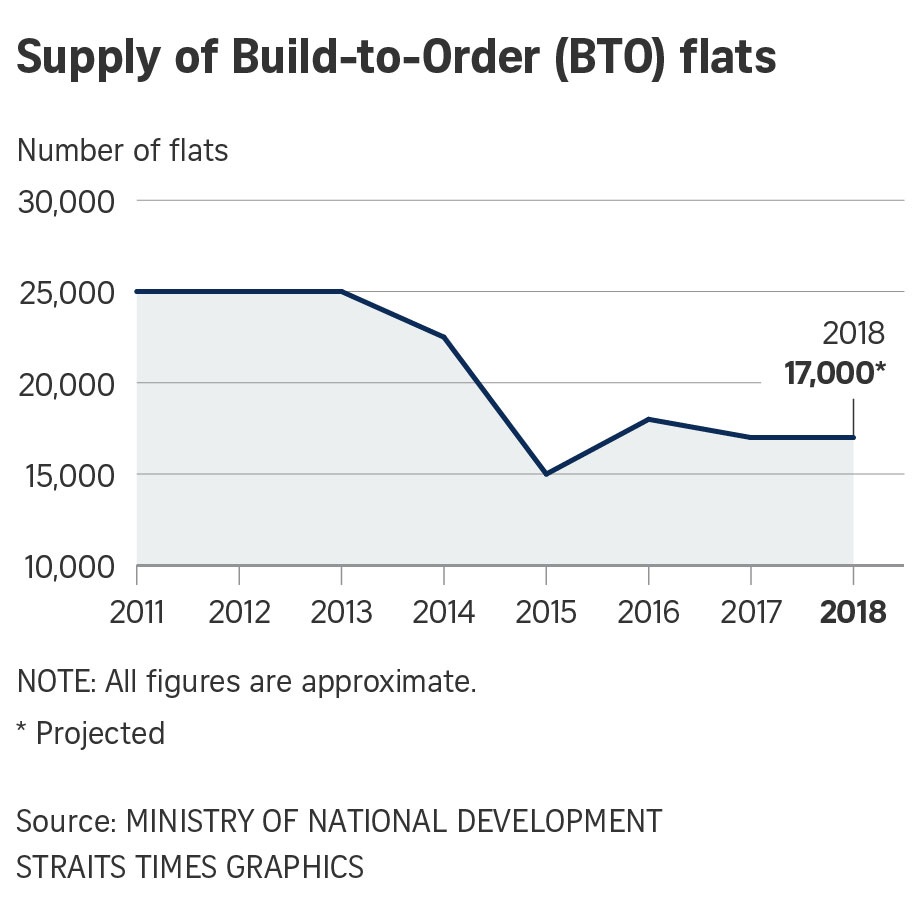 Said PropNex Realty chief executive Ismail Gafoor: "There is a clear indication that the number of flats announced by the minister for next year is indeed adequate, providing Singaporeans ample chance to secure a unit of their choice."

This is a "safe approach", said ERA Realty key executive officer Eugene Lim. It allows the authorities more time to monitor the sale of flats under the new Re-offer of Balance Flats exercise and flats with shorter waiting times.

Analysts also said the wave of collective sales in the private property market does not seem to have influenced BTO numbers for next year.

This is because they have different markets - with a good portion of private home buyers purchasing such properties for investment purposes.

But the collective sale fever could push up prices in the resale market, said Associate Professor Sing Tien Foo of the National University of Singapore's Department of Real Estate.

Fill in the form below and you will be contacted ASAP